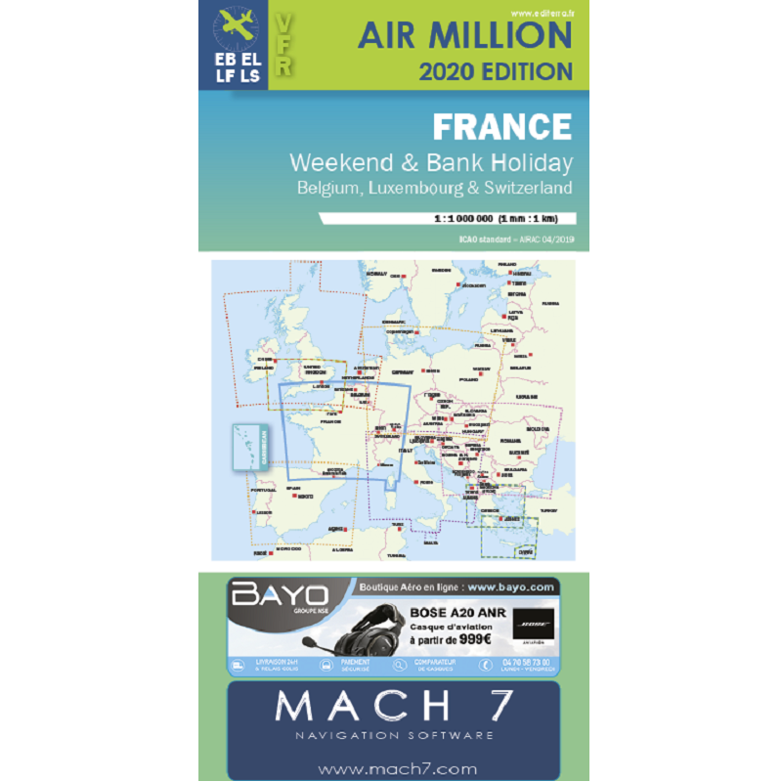 This “weekend & bank holiday” Air Million chart of France has a scale of 1: 1.000.000. It covers all airspace from SFC up to FL180, including all military training zones and RTBA, but excludes the more than 350 areas which are inactive during the weekends and bank holidays. It therefore has the advantage of being lighter compared to the standard Weekday version.

These 13 Air Million charts are designed and built by a team of cartographers in close collaboration with airspace professionals, allowing pilots to travel easily across the whole of Europe.

The following charts are available: