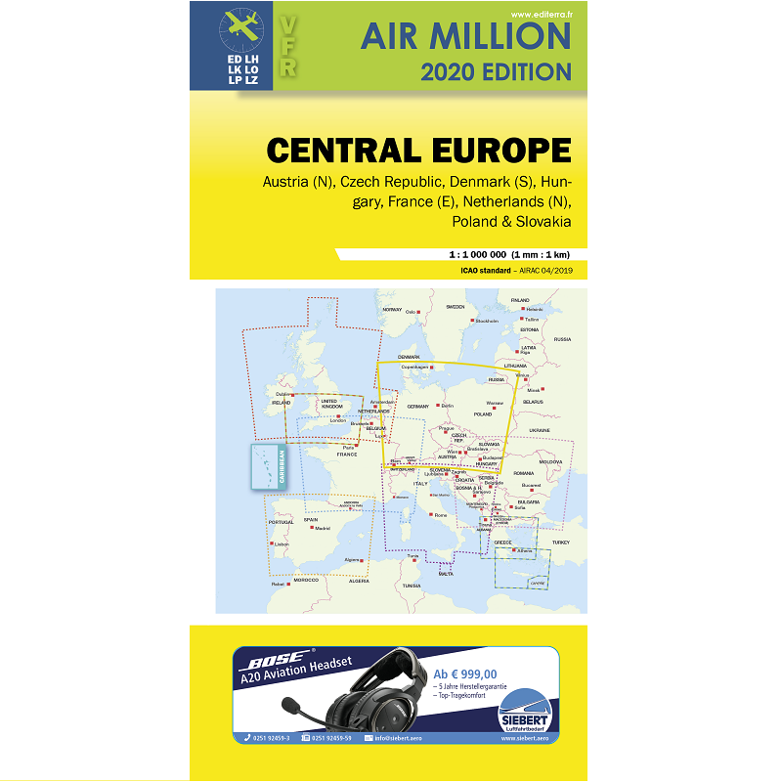 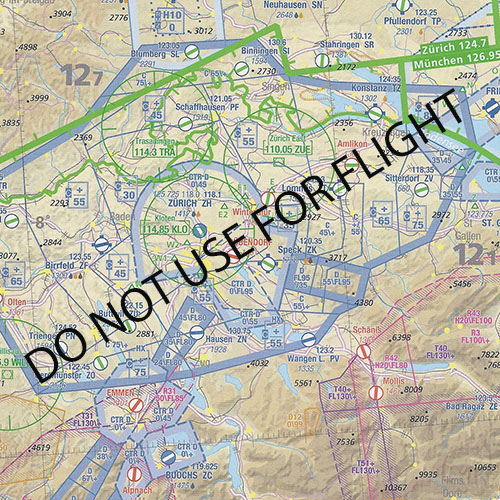 The Air Million chart of Central Europe with a scale of 1:1,000,000 covers all of Germany as well as the Czech Republic, Slovakia, Austria, Poland, and most of Switzerland, Hungary and Denmark.

This chart covers all airspace from the SFC up to FL180, including all areas of class A to E as well as nearly 500 airfields, AIP courses, private or ULM, all the prohibited areas, restricted and dangerous, TMZ areas and new areas RMZ (Radio Mandatory Zones) as well as natural parks, VFR reporting points, radio navigation aids (VOR, NDB and VORDME) etc.

These 13 Air Million charts are designed and built by a team of cartographers in close collaboration with airspace professionals, allowing pilots to travel easily across the whole of Europe.

The following charts are available: