In the summer of 1988, a mysterious flyer had been buzzing Paris on multiple occasions in the dead of night, flying at very low altitude with his light piston-engine aircraft - thereby infuriating French authorities. By doing so, he was of course breaking a host of regulations… The first event happened on July 28th at 00:30am, when citizens alerted the civil guard that a small aircraft was overflying the Champ-de-Mars. It then headed towards the Eifel tower and overflew the river Seine, close to the bridges. Police officers chased the hum of the engine for over 3 hours, but weren’t able to identify it – the radars only detected a regular postal plane. The same thing happened 2 days later, again on August 11th and so on…

Apart from a reckless disregard for safety, the phantom pilot – nicknamed the “Black Baron” by the French press, after the World War I German flying ace known as the “Red Baron” - was not suspected of harboring evil intentions. Authorities however feared his example could give ideas to others, and they believed it was essential to catch and punish the offender or offenders quickly. At a certain point, press releases even mentioned the army would install an anti-aircraft unit at the Elysée Palace to protect former President Francois Mitterrand from a possible terrorist attack from the air.

Under the code name “Vipère”, over 300 police officers were deployed to catch this infamous “Black Baron”. Every evening when the sun went down, officers carrying cameras and infrared binoculars worth $12,500 each took the elevators to the top of the Eifel Tower, the Arc de Triomphe or the Tour Montparnasse. More police headed for other popular tourist spots, such as the Sacré Coeur church occupying the highest hill in the north of the city, often to the taunts of passers-by accusing the police of scanning apartment houses for pretty girls. Furthermore, two Gazelle army helicopters were used to scan the skies, flying without their lights – hoping to surprise the Black Baron, note his tail number and bring about his arrest. The more the helicopters could be heard swishing over the Paris rooftops, the more reports were phoned to the police of mysterious craft buzzing the city. Some skeptics believe the search craft, by making their nightly patrols, were perpetuating a myth. 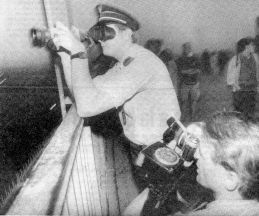 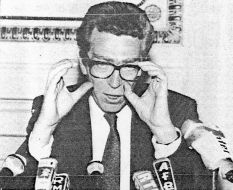 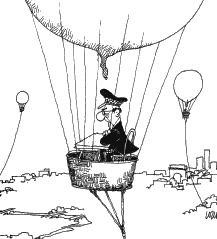 One night in August, an Ecureuil helicopter flew back to its base east of Paris, when its crew was alarmed by the presence of another craft, its lights out, flying just behind.  On landing, the pilot of the Ecureuil - a helicopter belonging to the police ambulance service that had just rushed an accident victim to a hospital - reported the incident to air traffic control. The pilot believed he had been tailed by the phantom aircraft that was the most talked about, if least visible, attraction of Paris-by-night in that summer of ‘88. On investigation, however, it turned out that the pursuer of the flying ambulance was one of those Gazelle helicopters belonging to the French army. It had followed the ambulance helicopter in the belief that it was on the tail of the illegal phantom plane.

The authorities were divided into two camps, believers and non-believers. Roughly speaking, the believers were led by Interior Minister Pierre Joxe, who was responsible for security in Paris. Joxe had even ordered a Mirage F-1 fighter to stand by to intercept the offender.  Believers said they suspected private pilots of daring one another to fly over the capital on a bet. They said the game could have been inspired by the release from his Moscow jail of Mathias Rust, the young West German pilot who buzzed the Kremlin and landed with his Cessna on the Red Square in 1987. The non-believers were to be found in the Transport Ministry. They maintained that there was no material evidence to support any of the claims. The only visual contact with the phantom aircraft was made in the night of August 11th, but a few days later it was already questioned again. As soon as controls were relaxed, however, a new report came that the Black Baron was in the air and the police took up their watch again. On September 6th, a masked person confirmed to be the mysterious “Black Baron” on the 8 o’clock news on TF1.

On October 13th, the small aircraft appeared (for the first time during broad daylight) at 10:37am from behind the Arc de Triomphe. It followed the path of the Champs-Élysées buzzing pedestrians, then disappeared in the direction of the Elysee Palace, the residence and headquarters of French President Francois Mitterrand, and other government buildings. Police helicopters chased the plane, but were unable to catch it. They received however a vital tip from a retired officer who spotted the plane landing 12 miles away and who noted the tail number. 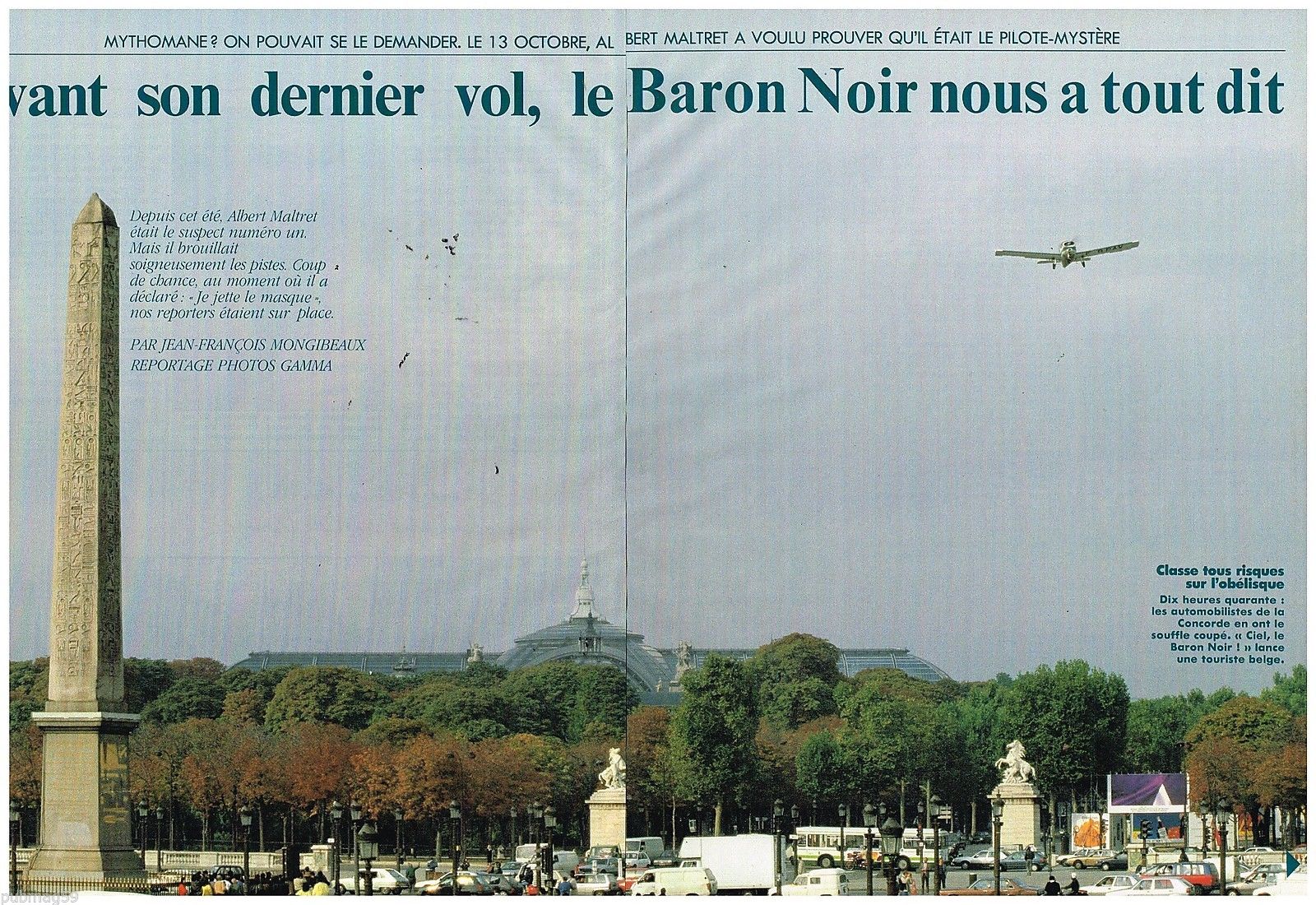 Upon his landing at Saint-Cyr, a private airfield in the Paris suburbs near Versailles – at only 12 miles from the Arc de Triomphe – the Air and Border Police arrested 53-year-old Albert Maltret, who had rented a  white Rallye MS 880 Morane-Saulnier plane. Although they didn’t have any proof that Maltret was indeed the “Black Baron”, it could well be assumed as Maltret was a former fighter pilot who enjoyed an education as radar controller… He was in the perfect position to know how to stay under the radar and avoid getting catched.

It would not be Maltret's first illegal flight. In 1986, he landed a small plane on the Champs-Élysées while it was closed during the making of a film. Maltret was banned from flying for three years and fined $3,225. He had renewed his license a month before his arrest, after his ban on flying was reduced under terms of an amnesty for minor crimes. 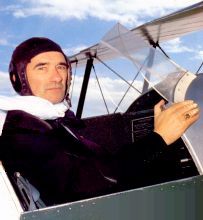 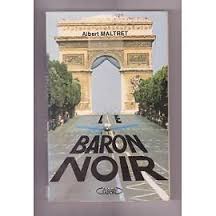 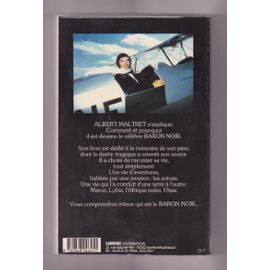 Up until now, it is still not certain that Maltret was indeed the “Black Baron”. Other sources ‘discovered’ the Black Baron to be le Comte de Guillaume, a 35-year-old bachelor who lived in a chateau 50 miles south of Paris and who made his money from large family vineyards and estates.

Aerial stunts are not new to Paris. In 1919, a pilot, Sergeant Godefroy, flew a plane with a 29-foot wingspan through the 48-foot wide Arc de Triomphe. But that's for another article...