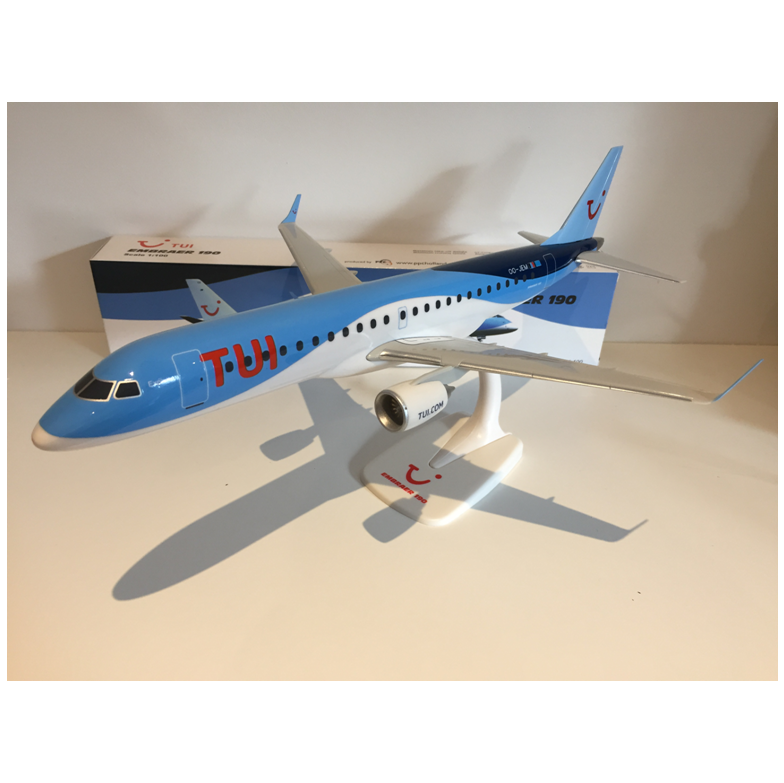 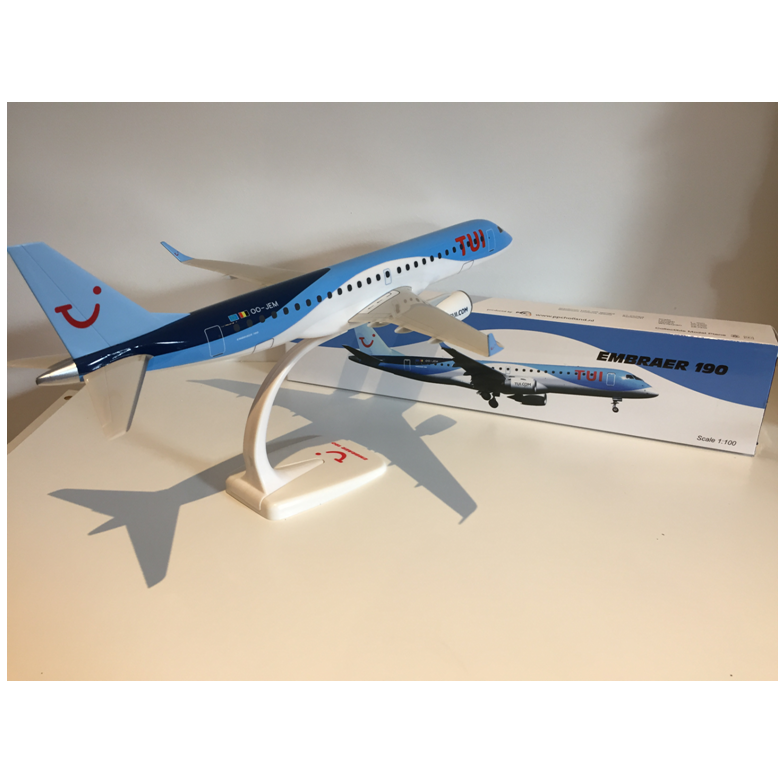 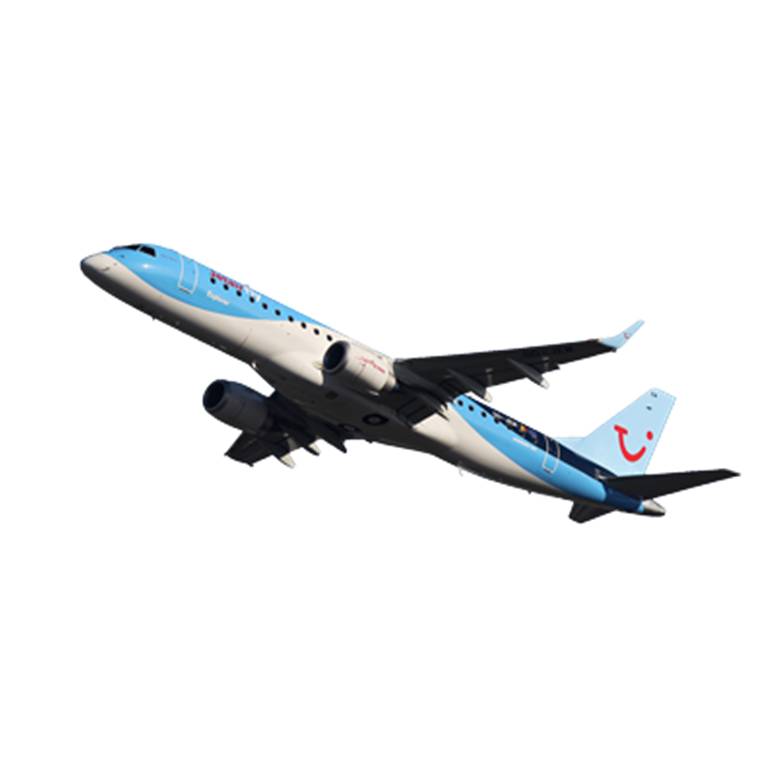 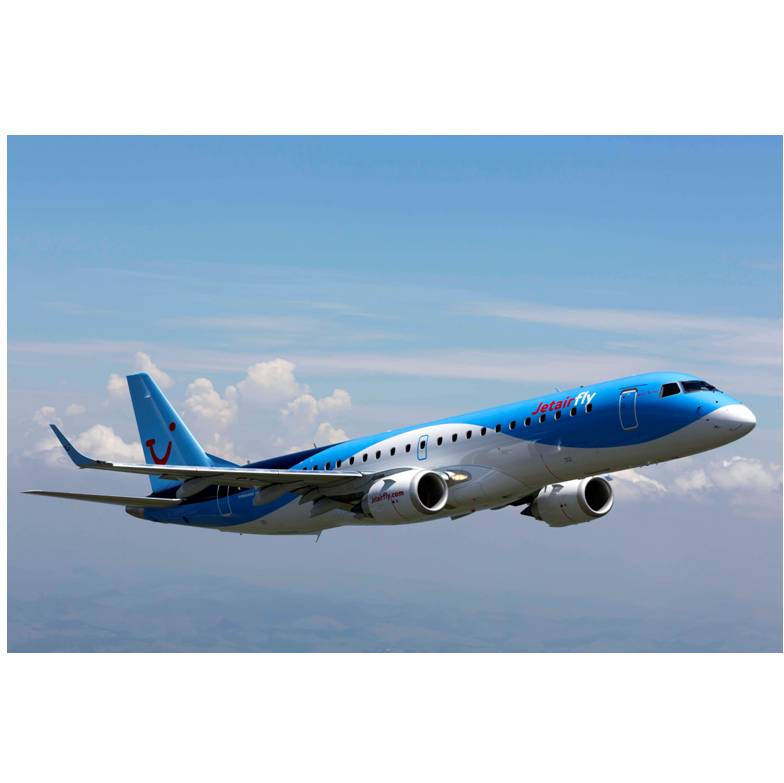 In the beginning of 2013, Jetairfly was the first leisure airline worldwide to introduce the Embraer E-Jet 190 in its fleet. At April 17th 2014, during Easter holidays, it started operating out of Antwerp Airport.

This exclusive scale model (scale 1:100) is not even sold on board!

Configured with 112 slim line seats in a single-class layout

About the E-Jet family

The Embraer E-Jet family is a series of narrow-body medium-range twin-engine jet airliners produced by Brazilian aerospace conglomerate Embraer. Launched at the Paris Air Show in 1999, and entering production in 2002, the aircraft series has been a commercial success.

Jetairfly was founded at the end of 2003 and started operations in March 2004 with 5 aircraft. Thanks to a program of expansion and modernization, Jetairfly is the quickest growing Belgian airline company with the youngest and most modern fleet.